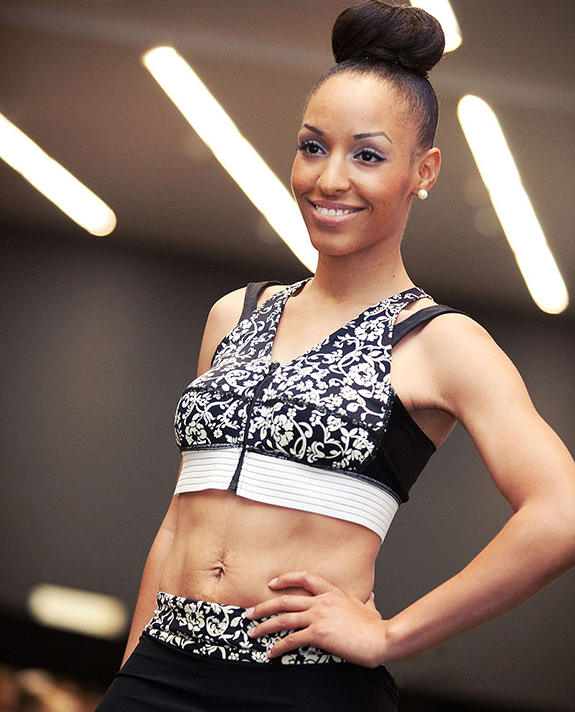 Meet Mary Fenske, who is among FemTech & HealthTech’s top 100 inventors and CEO of Posture Wings™, a patented bra concept that revolutionizes the methodology and purpose of bra design and construction. 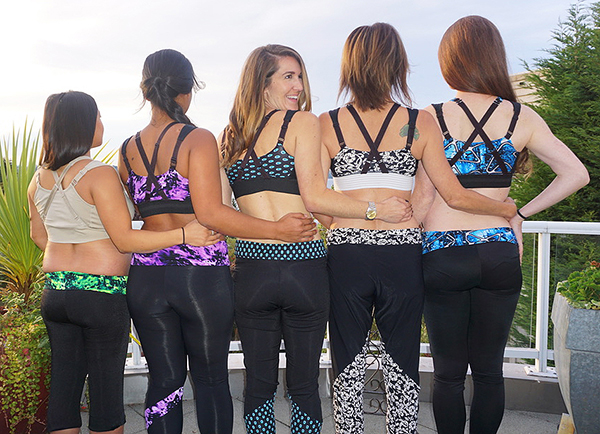 I’m excited and honored for the opportunity to present this interview with Mary Fenske, which highlights her unique point of view and extensive knowledge of women’s physiology, health, and wellbeing as well as the history and evolution of undergarments.

Q. What is the purpose and primary focus of your invention?

A. Posture Wings™ is engineered to use the musculoskeletal structure to support and counterbalance the bouncing breast tissue. The bra design takes into consideration the female body systems working as one. It focuses on the biomechanics of the entire upper body and how the lack of breast support affects it. This is a revolutionary approach because the rest of the industry science focuses solely on the biomechanics of the breast tissue. 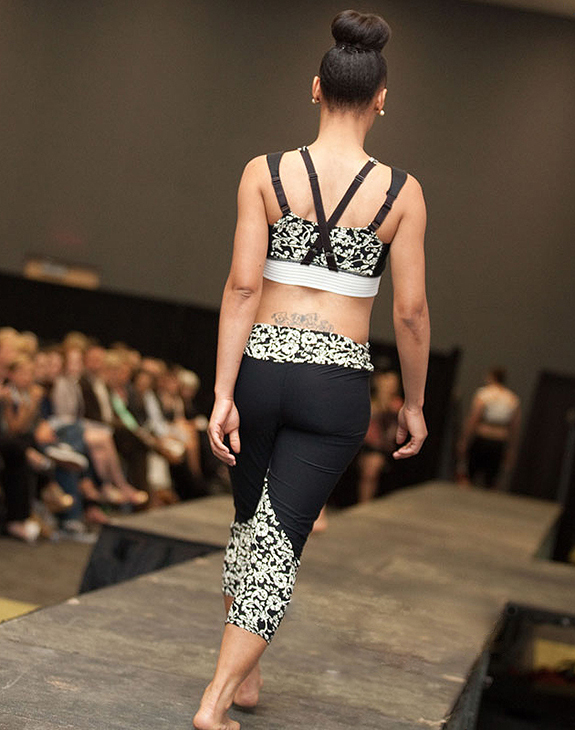 Q. Was there an event in your life that prompted you to create Posture Wings™?

A. For me, as for many inventors, the process of creation began with addressing a personal health issue. After working at a computer for several years, I was suffering from persistent neck, back, and shoulder pain. Little did I know at the time that my bra was contributing to the problem.

While searching for a solution I found that no brace, bra, or garment on the market was effective in correcting posture. To relieve my pain the physical therapist would use kinesiology tape, which only pulled the skin while providing no support to the body.

I learned that my type of pain was classified as a musculoskeletal disorder (MSD), a global pain epidemic, which affects women more than men. My initial goal was to invent and patent a solution to address MSD pain. This is how the concept of Posture Wings™, a posture-improving bra, came to life.

Often it takes the fresh eye of an outsider and the collaboration of specialists from different disciplines to determine the root cause of a problem and find an all-encompassing solution.

Q. Have you involved experts from areas other than lingerie in your creative and development processes?

A. My background is in analytics, not the bra industry, so my approach was not industry-typical. I have been very fortunate to collaborate with global industry leaders and eight PhDs from various universities in the fields of biomechanics, sports medicine, physical therapy, nursing research, lymphedema, technical textiles, and garment construction. I also involved a dedicated senior and graduate-level Product Development class at NC State, College of Textiles, and the HAX incubator in Shenzhen, China. 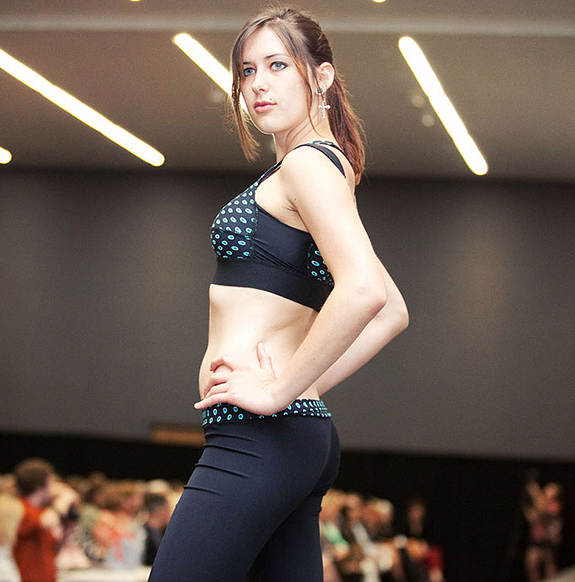 Q. Can you please elaborate on the cons and pros of the existing bra design?

A. After looking into the history of bra creation, beginning with corsetry, it became apparent to me that the design of the bra was innately flawed. Today’s bra designs primarily follow the patterns of the 102-year-old lingerie bra and the 44-year-old sports bra.

The current popular basic lingerie design was patented by William Rosenthal for Maidenform, following the ban on corset manufacturing during WW1. At that time the steel was needed for the war effort. There were earlier bra designs, but William added the elements that remain in our current bras: elastic, silky shoulder straps, a rosette, and the eye and hook in the back.

Sadly, William Rosenthal had no idea of how his design would negatively impact women’s health. He had no understanding of the female anatomical systems nor the physics of dynamic breast tissue.

The Jogbra® was designed and developed by Lisa Lindahl out of two jockstraps sewn together. Subsequent designs use strong circumference compression that limits the diaphragm expansion and inhibits respiration needed for optimal sports performance, while the breast tissue continues to bounce. 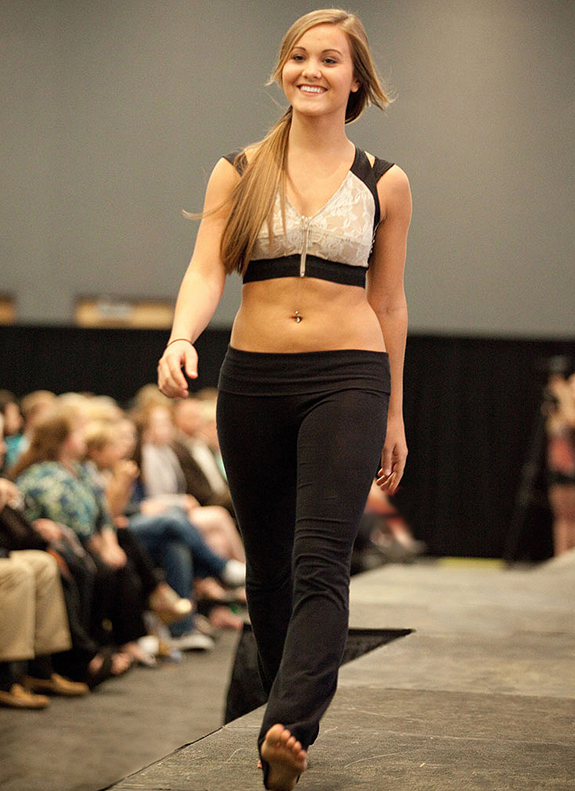 To this day, the design of both lingerie and sports bras focuses on textile function and appearance, as opposed to the female anatomical systems. Shoulder straps that fall on a fragile part of the shoulder produce considerable pressure, resulting in deep grooves and often flaming sores. Elastic bra bands and underwires compress the ribcage and dig into the ribs. That unbearable irritation, similar to having a pebble in your shoe, accumulates over time, causing the muscles of the neck and head to compensate and shift forward, resulting in poor posture. It happens due to the sense of proprioception, which is the body’s awareness of itself.

Q. What specific health issues does your bra address?

A. I researched women’s health as it relates to breast tissue support. It turns out that the bra is not a simple petty annoyance. It has a significant impact on women’s overall health. 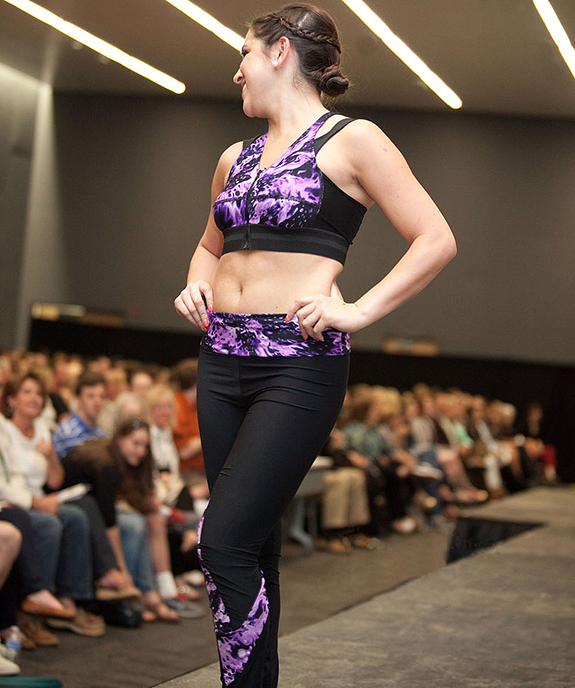 A direct benefit of wearing a correctly designed bra is a reduction in the need for surgical procedures. In 2018, more than 43,591 breast reduction procedures were performed in the USA. Most women are not aware that their agonizing neck pain and headaches are due to their bra that causes a forward-head syndrome. The Posture Wings™ construction helps improve posture and support tissue while reducing bounce, resulting in improved overall health.

Alarming indirect health problems are related to breast pain (mastalgia) and how it influences a woman’s decision to move and exercise.

Another study titled “The prevalence, severity, and impact of breast pain in the general population” found that 51.5% of women reported breast pain, with a severity similar to that of the clinical population.

Unfortunately, current bras don’t provide enough support for the breast tissue to allow women to exercise without pain. To add to the already severe problem, over the past 40 years, women’s breasts have become even larger on average due to the hormones and steroids in our food. 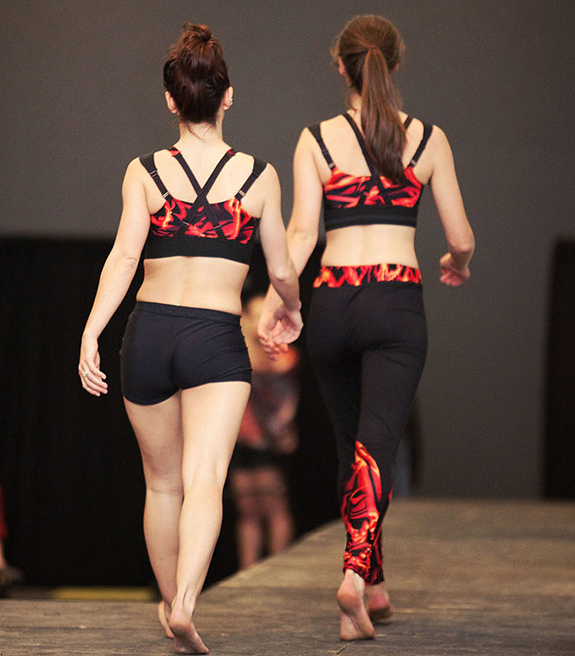 The broad term “women’s health” has historically referred to conditions affecting there productive organs. It was assumed that there were minimal differences between men and women in conditions related to other organ systems. However, expanding research on women’s health has identified major differences in etiology, incidence, presentation, prevention, and response to treatment for almost all health conditions. These differences particularly manifest in the musculoskeletal system, as described in the 2014 report on MSDs and Sex and Gender.

These are the illnesses suffered more by women than men, which can be reduced with exercise: 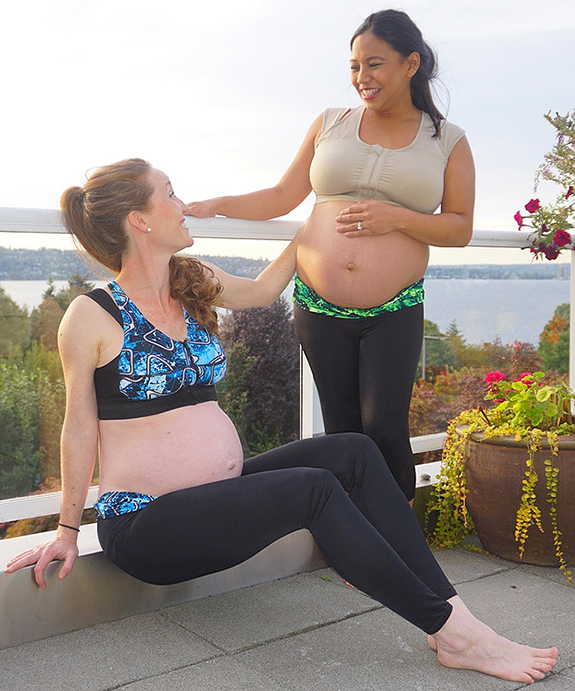 This is relevant to bra design and the bias associated with women’s health. Medical breast tissue research is primarily cancer research. The science of breast tissue support is typically conducted by the bra industry, which is narrowly focused on the bounce, product information, and how to sell more bras. 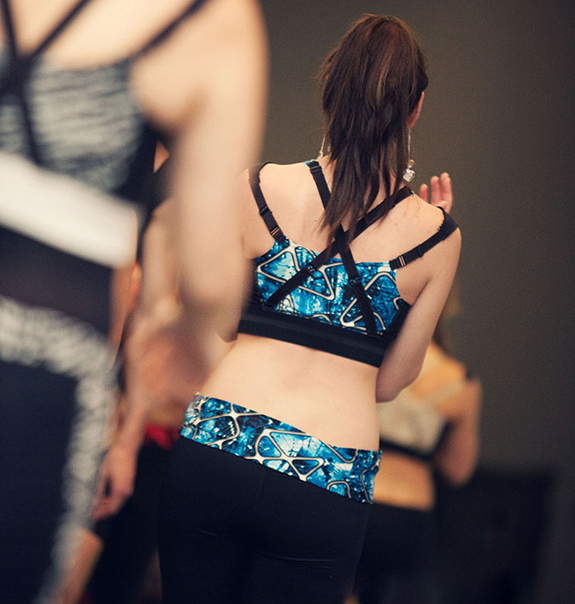 Q. Who, in your opinion, can benefit from your concept?

A. The lifestyle of today’s women is very challenging. Many are performing non-traditional roles of soldier, plumber, or firefighter. This is in addition to the physically demanding challenges of traditional roles such as waitressing, nursing, housekeeping, or anyone who has to carry a toddler and their gear across the airport!

I believe that all women can benefit from a comfortable bra that effectively supports their breasts and improves posture. I’m not advocating that you lose your sexy bras; they are very important too, but you would not go on a five-mile hike wearing stilettos or wear your hiking boots to a black-tie affair. 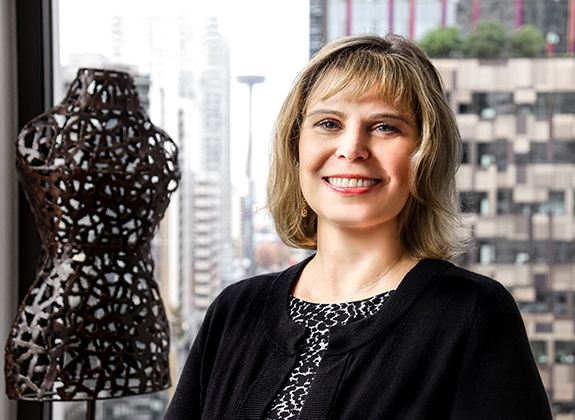 Dressing Down in Fall Colors